How Optimism will get you nowhere

How simply being an optimist will get you nowhere!

Allow me to explain by telling you a little story.

This past month I have spent some time with a super client who needed a breakthrough. He came to me a month ago asking for help. For privacy I wont divulge what he wanted to achieve but his opening line to me in his first email was this.

‘Danielle, I have no idea what I am doing wrong. I keep trying to achieve my goals but somehow they get sabotaged along the way and nothing really happens. I follow the mantra ‘fake it until you make it’ and I aim really big. I never worry about what could go wrong and I plan for huge change and success. The funny thing is I am a complete optimist and at first I am always determined I can achieve it!’

Immediately I had a huge gut instinct as to what the problem was. Can you spot it?

I met him shortly after and we discussed this in depth. He shared with me how he is a daredevil, not afraid of anything and ALWAYS only focuses on the positive. He told me with a mischievous grin ‘how he was an expert on all this positivity stuff”!

I listened to how he drives with reckless abandon with no fear of what might come, how he takes on challenges daily without a second thought of failure and how he would rise to any opportunity without a second glance – BUT still it always ended the same way. Quickly, sharply and with a bang. He couldn’t see where – with all his ‘positive thinking’ – he was going wrong.

It all reminded me of this picture I seen before on Twitter. 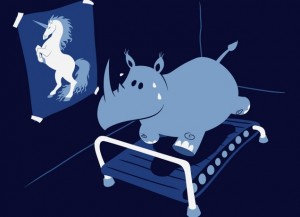 A Rhinoceros trying hard to become a Unicorn…. He was a very optimistic little Rhino and I truly felt for him.

I told my friend about him and he listened attentively.

Now, you might be wondering what is going on? Am I not the one who always talks about this ‘positivity’ stuff? Yes! BUT and its a BIG but! …

We have to be PRACTICALLY & REALISTICALLY OPTIMISTIC.

Will the Rhino ever become a Unicorn? No, it wont, it will only get frustrated, tired, despondent and eventually will give up … BUT it can become the best Rhino it can be!

Being optimistic is good, its great, but it cant be the only thing. You have to look at the obstacles, the truth, the reality and the negative. You have to be prepared and have a plan. This gives you perspective. From this approach now you are confidently realistically optimistic.

Can you ever become an Eagle (let’s say)… No, but you might learn how to fly a plane and soar as high!

You see, my friend had half the plan. He had the good but he had forgotten to look out for the bad. he had forgotten to plan for the ‘what if‘ scenarios and plan what he would do if these situations arose. He would decide ‘irrationally’ on a goal, with a ‘too soon‘ deadline and become despondent when it wasn’t immediately achieved. No amount of positive thinking will help you this way.

You need to have the yin and yang. You need to see both sides – the whole picture. Yes, dream big. Yes, visualize it with COMPLETE emotion. Yes, get yourself feeling good first and yes, plan in advance for how you will achieve this – step by step- the good, the bad and the ugly.

Make a rational, realistic goal. It can be big, it can be huge in fact, but it still needs to be realistic! Then break it down into small chunks and congratulate yourself along each step of the way. That’s how its done.

(Here is another Blog on How NOT to sabotage your goals)

My friend has realized he cannot be a unicorn but he is still unique and the best Rhino he can be, and that’s okay. In fact, that’s awesome! 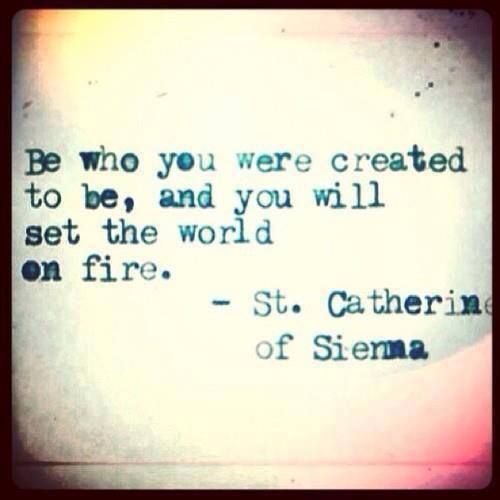 So much so he asked me to share this with you …

Last night I realized where I had been going wrong. I was always so much in a rush, in such a hurry to become successful. To be the best. I really believed I had this positivity game figured out. But last night after our chat it finally clicked. It was so simple, so easy, in fact I knew it already intellectually but I hadn’t experienced it emotionally. That was the key for me.

I decided to go out and not put this ‘positivity’ pressure on myself. I decided that the night would be good but I didn’t expect something earth shattering to happen, like I normally do and then end up disappointed. I let go and decided to follow what you say and be realistically optimistic. It was a great night, let’s just leave it at that! I now know I am a really great Rhino and am happy with that. I am strong, determined, thick headed with a great weapon on my head.

Who wants to be a mythical creature anyhow!’

Yup… I can’t help but agree with him 😉

Dream big but dream true and most of all be YOU! – Even if thats a little weird!

Who wants to be normal anyhow? 😉 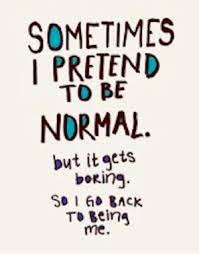 Get in touch HERE!

*** My next Breakthrough Bootcamp is coming up! Join us HERE!***